What is Brachial Plexus Palsy?

Brachial Plexus Palsy is a birth injury caused by complications during delivery resulting in damage to the bundle of nerves located in the newborn’s shoulder area. This area, called the Brachial Plexus, is a network of nerves that sends signals from the spinal cord to the shoulder, arm and hand. When these nerves are damaged during delivery, it can result in a mild and temporary, or severe and permanent birth injury, depending on the extent of damage. 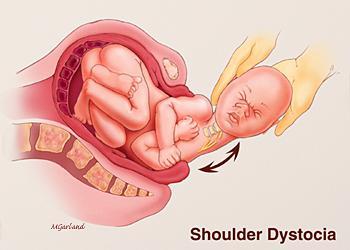 Brachial plexus palsy can happen during birth when excessive pulling is used to bring the baby through the birth canal during a complicated delivery. This type of birth injury typically occurs during a birthing emergency known as shoulder dystocia, when a baby’s shoulder becomes lodged under the mother’s pelvic bone. Brachial Plexus Palsy can also be caused by excessive pulling on the shoulders during a head first delivery.

While birth complications cannot always be foreseen and prevented by medical professionals, these doctors have a duty to exercise caution and prudence when handling birth complications. In many cases, brachial plexus palsy birth injuries are the result of negligence or careless mistakes on behalf of a medical professional. In these situations, it may be possible for the family of the injured child to seek help covering the ensuing medical costs, other losses and suffering.

If you would like to learn more about what legal help may be available to those who have developed brachial plexus palsy due to medical negligence, please contact us today.

Symptoms of brachial plexus palsy include:

With certain injuries, a child may develop a droopy eyelid on the same side of the body where the brachial nerve damage has occurred. This is called Horner’s Syndrome.

The severity of a brachial plexus injury is determined by the type of damage done to the nerves. The following are the types of brachial plexus palsy injuries, classified on the basis of severity, from mild to severe.

Getting Help with Brachial Plexus Palsy

If your child developed brachial plexus palsy due to birth complications, it is a good idea to speak with a qualified legal professional who can determine if you are eligible to seek compensation for your medical expenses, losses and additional suffering. Please contact the experienced birth injury attorneys at Injury Lawyer Omaha to learn more about your legal rights and options.