Please read on to learn more about these types of cerebral palsy. It is also wise to see our section on the causes of cerebral palsy as it can help you understand why you or your child or loved one developed this condition. If medical negligence is the cause of cerebral palsy, it may be possible to seek lifetime compensation for your expenses, losses and suffering. Please contact our team of attorneys, which has a wealth of experience handling similar cases of medical malpractice. We can evaluate your case confidentially and free of charge to help you understand your legal rights and options. 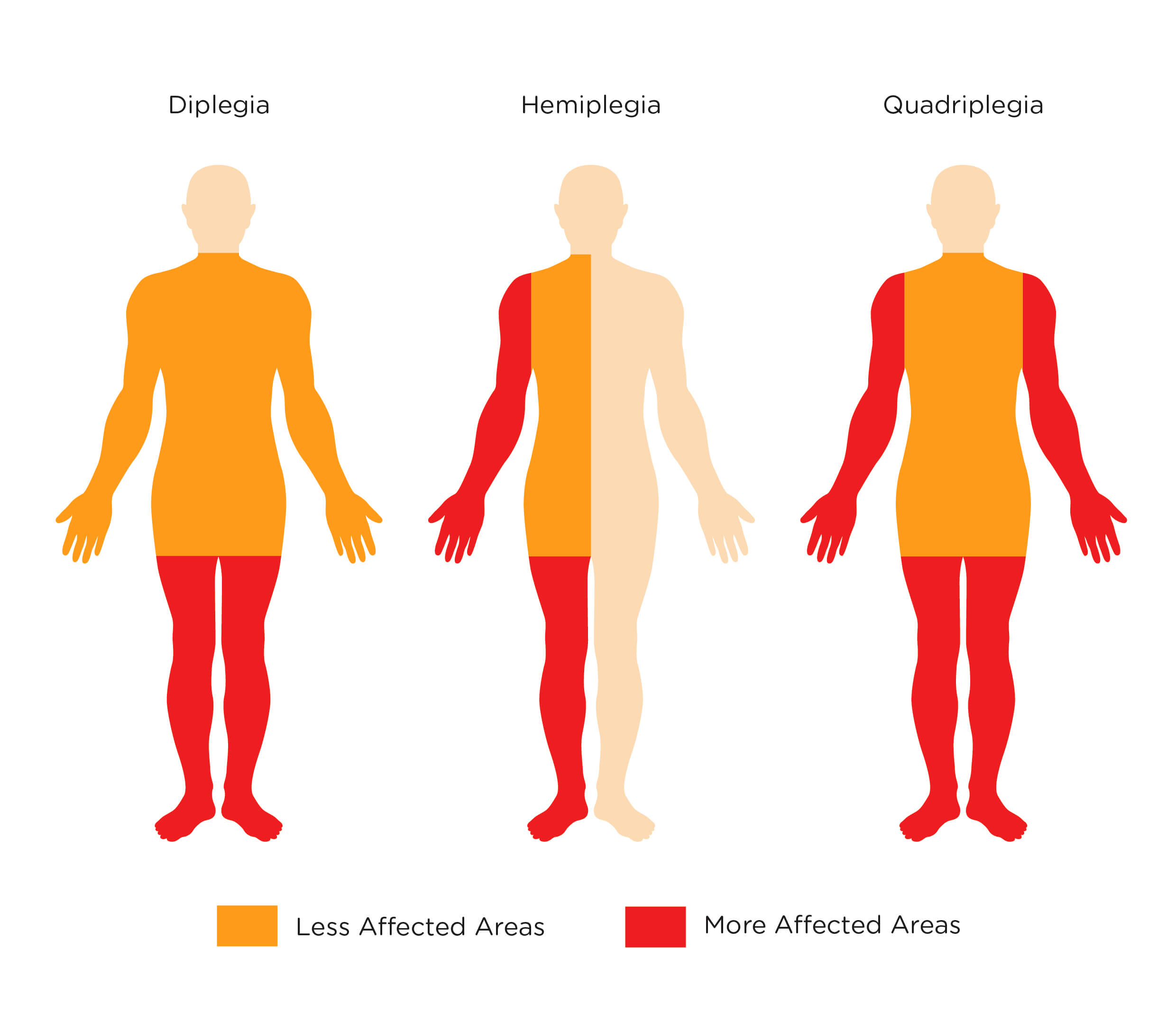 Spastic cerebral palsy has a number of sub-forms, classified by the areas of the body affected by brain damage, such as just one side of the body or just the lower limbs (e.g. hemiplegic, diplegic) and the severity of the condition (i.e. mild, moderate, or severe).

This type of cerebral palsy, which refers to increased muscle tone, keeps the muscles in a constant state of increased tension. Normally, muscles work in pairs, with one set contracting while the other relaxes. This process allows for free movement. Spastic cerebral palsy brain damage hinders normal brain to muscle communication, thus disrupting the normal processes of movement. Instead of alternating between tension and relaxation, the muscles of spastic cerebral palsy patients often become active at once, causing persistent tension, or spasticity, and making movement difficult.

Ataxic cerebral palsy, which is much less common than the two aforementioned types, affects only between 5 and 10 percent of those with this condition. This type of cerebral palsy is caused by brain damage to the cerebellum, located towards the base of the brain.

To learn more about the causes of cerebral palsy and your legal rights, please contact the qualified and experienced attorneys at Injury Lawyer Omaha, Injury Lawyer Omaha and Cohn, who are here to provide the assistance you need.