An entity that transports people by rail is considered a “common carrier” in California. A common carrier, transporting individuals “for reward”, have a higher duty to consumers under the law. Common carriers are liable for negligence, but they are held to a higher “standard of care” in protecting the safety of passengers than mere negligence or carelessness. Railroads and other common carriers (streetcars, buses, taxis, airplanes, ships) may be held responsible for railroad accidents if the accident resulted from a failure of the railroad to meet the high standard of care required. Rail carriers must use “the utmost care and diligence for consumers safe carraige, provide everything necessary for that purpose and exercise a reasonable degree of skill.” In sum, common carriers are responsible for even the slightest negligence.

Railroads may be liable for injuries caused from any element within their control. This might include, for instance, a railroad crash, a slip and fall on a railroad platform, or an injury suffered from a railroad crossing. Particularly, in a railroad crossing, a railroad company and its train crew must use reasonable care to avoid injury to anyone traveling on highways crossed by the company’s tracks. 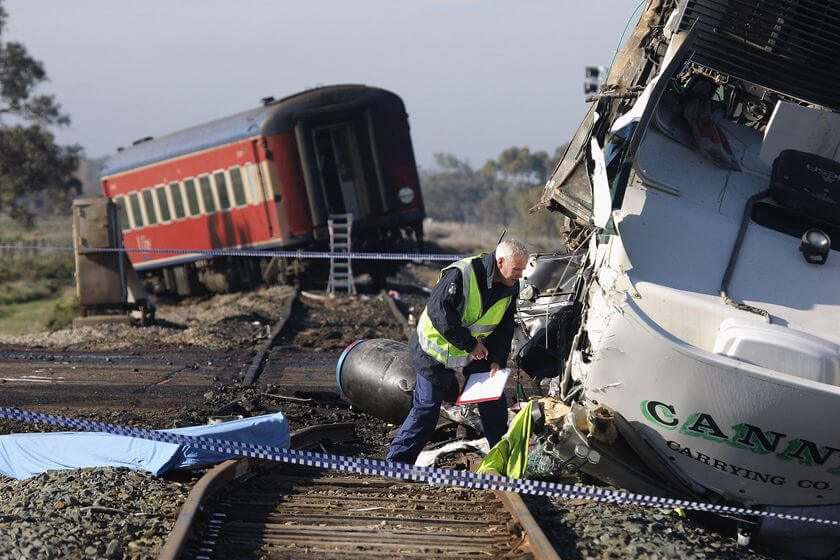 Some railroads are owned or operated by government entities. In these cases, laws called “tort claims acts” may apply to injuries caused by the railroad. Tort claims acts usually require that the government entity be given notice of the injury within a very short time, and prohibit the filing of a lawsuit unless the proper notice is given. Typically, the statute of limitiations against government entities in California is six months (as opposed to the normal one year statute for standard car accidents.)