A group seeking a Federal ban on the sale of Darvon and related painkillers containing the ingredient propoxyphene claims that such drugs are linked to over 2,110 deaths between 1981 and 1999.

The United Kingdom appears to be in agreement with this claim since it has instituted a phase-out of the drug and will eventually ban the drug.

Thus far experts have pointed to propoxyphene, the main active ingredient in Davocet, as the reason why such pain killers are dangerous.  Propoxyphene is used to relieve mild to moderate pain and is prescribed in the following forms:

It is important to note that the latter version or the N-form of propoxyphene is absorbed by the body at a slower rate and has a longer duration of action, than the first or H-form of propoxyphene.  Most theories regarding why Darvocet is dangerous implicates its slow absorption rate characteristic. 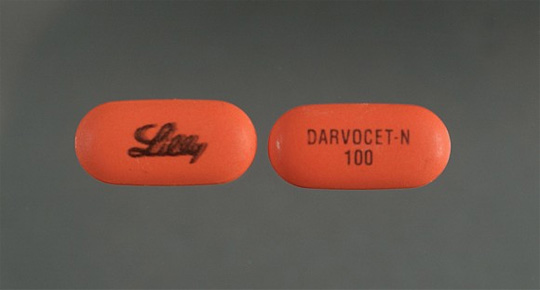 Dr. Sidney Wolfe the director of the petitioning group says the main active ingredient in the drugs, propoxyphene, is a relatively weak painkiller and poses an unacceptable toxic risk to the millions of patients prescribed it each year. While Dr. Carolyn Sachs of the University of California, Los Angeles stated, propoxyphene provides minimal if any additional analgesia to acetaminophen alone and is associated with significant adverse effects, it cannot be recommended for routine use, in her American Family Physician article on March 2005.

Jim Parker of the Do It Now Foundation, offers another theory as to why some people die when using darvocet.  Mr. Parker in his July 2000 article attributes the problem to the drug’s ineffectiveness.  The drug is often slow in providing pain relief to people using it. Consequently people take a double-dose to speed up the process. However, unbeknownst to most takers there is a small gap between a therapeutic dose and a lethal overdose. For example four times the standard dose of the drug can trigger slowing of breathing and heart rate.  While six times the therapeutic dose can cause seizures and symptoms of psychosis. Mr. Parker also attributes a large portion of fault to people mixing propoxyphene with alcohol or other depressants.